Fact: While some children may recover from their disorder by age 21 or 27, the full disorder or at least significant symptoms and impairments persist in 50-86% of cases.

In the 1970s, when I first came into my profession (clinical child neuropsychology), it had been commonplace to view ADHD, or its then precursor disorder hyperkinetic reaction of childhood (hyperactive child syndrome), as a childhood limited disorder.

All cases were expected to remit by adolescence. Consequently, it was thought to be developmentally benign and physicians and psychologists who specialized in adult disorders were not expected to know much if anything about it, and certainly not to evaluate, diagnose, and treat it.

It’s easy to see why this was so. The condition was being primarily identified by excess motor movement (hyperactivity), although inattention and impulsivity could be associated symptoms. Some research showed that hyperactivity declined with age, often being less problematic by adolescence and certainly by adulthood.

Also, good longitudinal studies of children so diagnosed and followed into adulthood did not exist. Some research that did exist reported rates of persistence around 5% or less. Given all this it was difficult to take the disorder seriously as harmful, impairing, and persistent. And so prominent thought leaders in pediatrics, child psychiatry, and child psychology made such summary conclusions.

But as the science of ADHD exploded in frequency over the next few decades, all this dogma was being overturned. The conceptualization of the disorder has certainly broadened now to give equal or more weight to the problems with attention and inhibition than to those of hyperactivity. This was exemplified in the prolific research of Virginia Douglas and her students in Canada, as well as leading child psychiatrists and psychologists, and developmental-behavioral pediatricians. Objective measures of this wider array of symptoms in addition to the behavior rating scales invented around that time suggested that these other symptoms did not decline so steeply with development, though they might improve, and were quite persistent into adolescence.

Indeed, 50-70% of childhood diagnosed cases were found to remain symptomatic and impaired by mid-adolescence across most follow-up studies. By the 1990s, better conducted follow-up studies using more explicit, replicable, and official diagnostic criteria for ADHD had been published. They revised this figure upward to 80-85% of cases persisting into adolescence. The few studies that had gone out further in development than that, however, were suggesting a rate of persistence of around 4-8%. How could that be? A disorder that was so persistent to adolescence was largely disappearing by young adulthood?

How could a persistent disorder largely disappear by young adulthood?

My own longitudinal study with Mariellen Fischer, and research by others, began to show us why that result was occurring. Several errors in methodology explained much of this disparity.

First, most prior studies had relied on the reports of parents across the follow-up period until adulthood, when they shifted to interviewing the proband. We showed that the difference in persistence rates if one interviewed the proband about their ADHD at young adulthood (age 21) vs. their parents was ten fold (4 vs. 46%). That was using standard DSM criteria for ADHD at the time. So who you interview matters a great deal in determining persistence of disorder.

Second, we showed that the DSM itself was a problem. Designed for children, using symptoms so phrased, and symptom cutoffs based on kids, and mostly boys at that, the DSM criteria might not be so easily applied to studies of adults. When we compared persistence determined by DSM criteria to that using a developmental deviance definition of ADHD (98th percentile for current age in symptom severity + impairment), persistence rose from 46 to 66% by age 21.

Clearly a substantial minority was outgrowing the DSM criteria but not their developmentally defined disorder. Furthermore, if you defined disorder as having enough symptoms to cause impairment in major life activities, the figure rose again from 66% to 86%, approximately. We found that just 14% of our cases were no longer symptomatic (deviant from controls) and impaired more than controls when relying on both self and parent report. Loosening the definition of remission to reliance on just one source caused this figure to rise to 35% as a rate of recovery.

So the criteria for defining a disorder and the source of information you used produced marked changes in identifying rates of persistence and remission. Steve Faraone, PhD has likewise shown that rates of persistence are very much related to using syndromal (DSM) criteria, symptomatic criteria (developmental deviance), or just continued impairment criteria, with rates rising across these approaches to definition.

The longest running longitudinal study to date is that of the New York team headed by Salvatore Mannuzza and Rachel Klein, who have followed their samples to their mid-40s. Using DSM criteria, they reported a 22% rate of persistence but if developmental deviance is used the figure is 32%. And 67%+ had some mental disorder in adulthood. Problematic in this study is its reliance only on self-report rather than parents or significant others, which as shown above can result in a markedly lower rate of persistence.

What does all this information mean?

Children diagnosed with ADHD are not likely to grow out of it, meaning that they will be un-symptomatic and unimpaired in adulthood, or indistinguishable from control children followed contemporaneously.

Ignoring reliance strictly on the DSM criteria for ADHD, by adolescence the vast majority of cases are still highly symptomatic and impaired (80%+).

And while some children may recover fully from their disorder by age 21 or 27, the full disorder or at least significant symptoms and impairment persist in 50-86% of cases diagnosed in childhood. Hence it is a myth to assert that all children having ADHD will grow out of it.

Russell A. Barkley, Ph.D. is a clinical scientist, educator, and practitioner who has published 23 books, rating scales, more than 290 scientific articles and book chapters related to the nature, assessment, and treatment of ADHD and related disorders, and clinical manuals numbering 41 editions. He is a Clinical Professor of Psychiatry at the Virginia Treatment Center for Children and Virginia Commonwealth University Medical Center, Richmond, VA.  His websites are www.russellbarkley.org and ADHDLectures.com. 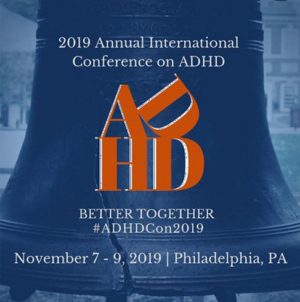